The NZPFU has reached a new milestone with the employment of an Industrial Officer.  We warmly welcome Jonathan Ring to the NZPFU team.

The Industrial Officer will primarily support the National Secretary and the National Committee in representing the interests of the membership to protect and preserve our members’ health, safety and wellbeing, employment terms and conditions.  In doing the Industrial Officer will work closely with the elected union officials throughout the country as a key source of advice, assistance and advocacy.  The appointment will also assist with the establishment of NZPFU union representative/delegate training.   The NZPFU Conference and National Committee have considered the additional role for some time, and we are proud to have now put that plan into place.

Jonathan is a highly experienced union official, having worked in both blue and white collar unions over the past 16 years. He began his union life as a forklift driver and workplace delegate in Australia, before becoming an organiser with the National Union of Workers (NUW).   In 2008 he moved to the Community and Public Sector Union (CPSU), representing workers in the federal public service.  Over his 11 years with the CPSU, Jonathan held a range of leadership roles in organising, training and campaigning work. 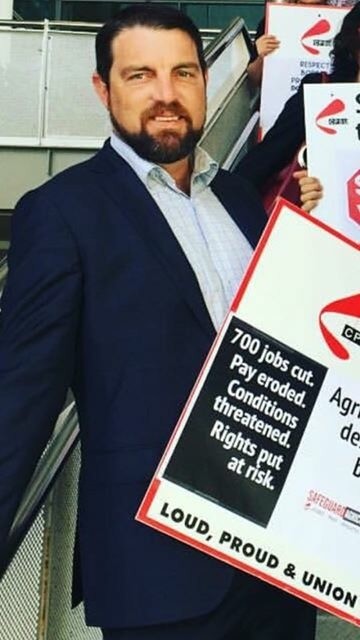 Since moving to New Zealand with his family in 2019 he has been leading the member service functions for the New Zealand Educational Institute (NZEI).  Jonathan comes to our union with a long history of advocating for the rights of working people, both collectively and for individual members. In his own words he is “very proud to be able to work for the members of the NZPFU.”