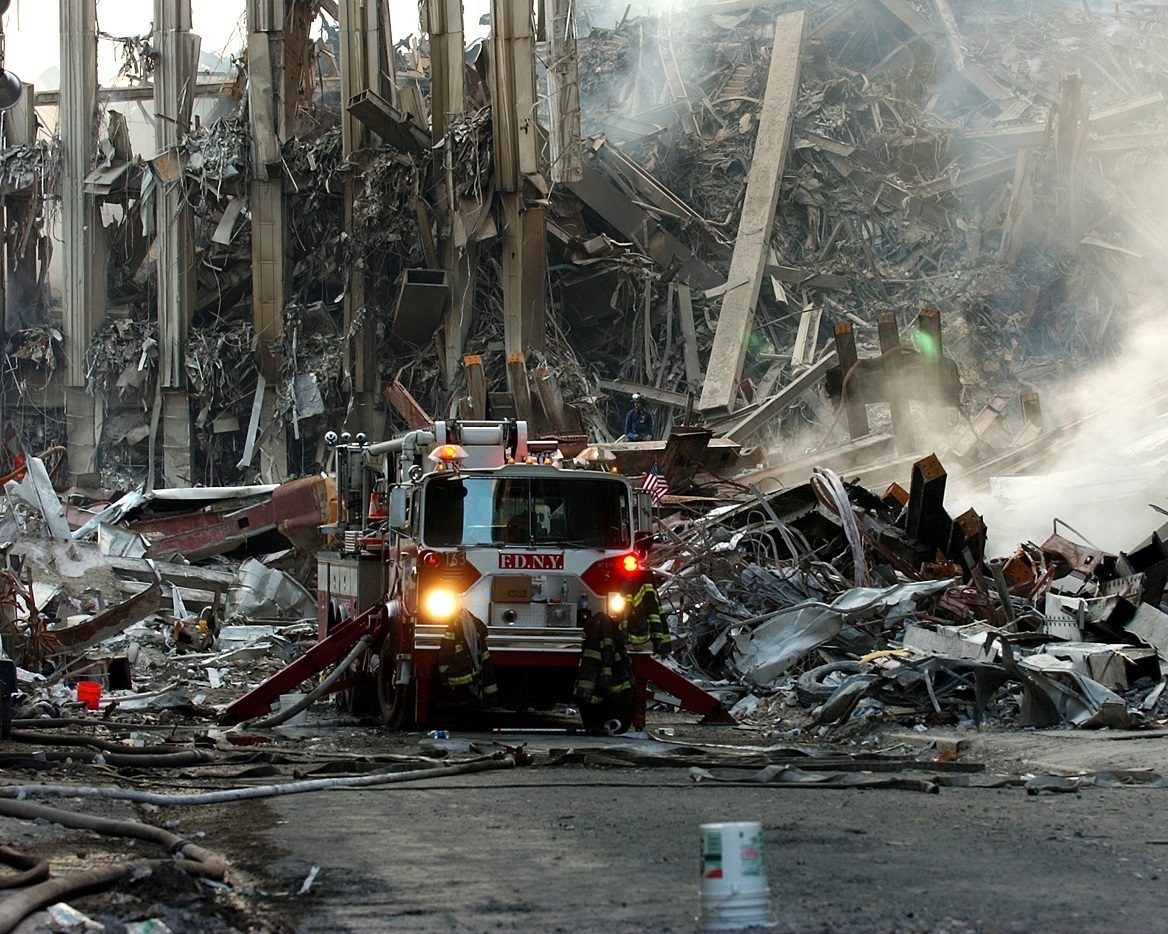 343 FIREFIGHTERS PERISHED IN THE LINE OF DUTY

This year marks the 20th anniversary of the 9/11 terrorist attacks on the Pentagon and World Trade Centre.

The 9/11 Memorial provides a detailed timeline of the events which started with 19 al-Quaeda hijackers boarding four commercial airplanes – two were flown into the North and South Towers of the World Trade Centre in New York, one hit the Pentagon in Washington DC and the fourth crashed in a field in Shanksville, Pennsylvania.

In the deadliest terror attacks in world history 2977 perished including 343 firefighters deployed to the Twin Towers after the first plane hit the North Tower.  The attacks occurred during the morning crew changeover so both crews remained on duty. FDNY 6th Battalion, 1st Division Ladder Company 3 (which is housed in Manhattan East) suffered some of the heaviest casualties of any fire company having lost twelve, with only the remains of two recovered.  The New York City Fire Department recorded 75 fire houses from which at least one member was killed.  The FDNY reports the youngest was 25 with the oldest was 71 years old.

It is estimated more than 25,000 people suffered injuries and long-term medical issues from the attacks.  Hundreds of thousands of tons of toxic debris containing known carcinogens spread across Manhattan due to the collapse of the Twin Towers with high incidences of prostate, thyroid and multiple myeloma diagnoses amongst survivors and responders, including those that worked for months at ground zero. Research has also demonstrated a high incidence of PTSD with direct links to the terrorist attacks.

Unfortunately due to the Covid-19 pandemic, most events to commemorate the anniversary have been cancelled. However, Local 94 and Local 854 will host a small group of IAFF representatives and participate in a wreath-laying ceremony.  In New Zealand time this will take place from approximately 12.46am on the morning of 12 September.  We have published this notice on 11 September NZ time to assist members to pay their respects on the anniversary which occurs on Sunday 12 September NZ time.

The tragic events in New York time on 11 September 2001 were as follows:

Firefighters across the globe will pay their respects through observing a minutes silence followed by reading the list of the Fallen Firefighters who perished in the line of duty on September 11, 2001.