THE MAP THAT FENZ DON'T WANT YOU TO SEE

Posted 22 May under Auckland Local 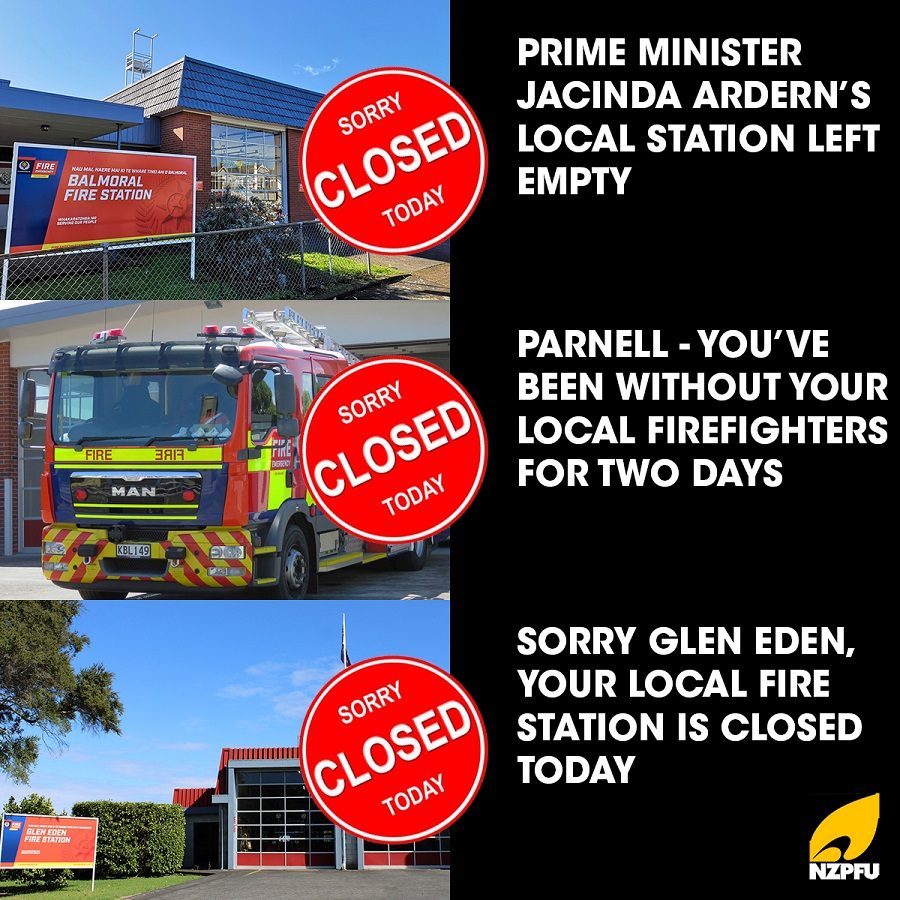 New Zealand career firefighting staffing continues to be at crisis levels with no fix in the immediate future likely.

Official information requests show that Fire and Emergency has no current schedule to review career firefighter staffing in Auckland, nor can it provide records as to when the current staffing levels were last reviewed.

This Saturday, Fire trucks at Parnell, Glen Eden and Balmoral are unable to be staffed due to a lack of career firefighter numbers.

On Friday a serious house fire in Orakei was unable to be attended by the Parnell station that would normally have responded to this fire due to no staff available. Fire and Emergency were forced to respond fire trucks from further away which can take longer to arrive due to distance and traffic conditions. Fires are fast and any delay in emergency services attending are a serious risk to life and property.

Career firefighter staffing is at crisis levels in many parts of New Zealand. Many of these career firefighters will have already worked in excess of 70 and 80 hours this week, and unfortunately due to a lack of historic planning and investment from Fire and Emergency career firefighter numbers have not kept up with massive population growth, urban sprawl and density, and diversifying emergency type.

Auckland has less than half the number of career firefighters per capita than the rest of New Zealand.

Communities like the Hibiscus Coast north of Auckland, the second fastest growing community in New Zealand with 62,000 people, has NO career 24/7 firefighter coverage.

This is the only community in the top 20 of population in New Zealand that has no 24/7 career firefighter coverage.

Fire and Emergency seems to have no ability to manage, or have any solution to this crisis we are in:

Fire and Emergency is in crisis and has lost its way.

Fire and Emergency continues to roll the dice with New Zealanders lives and property.