FIRE CRISIS: THIS TIME IT'S HOSE

Posted 31 May under Featured News

The NZPFU has notified FENZ of yet another incident with Flash Flood 500 Yellow 45 length hose failing.

The NZPFU advises members to remove Flash Flood 500 Yellow 45 length hose from the trucks where possible.

At a fatal fire in New Plymouth on Friday night the hose failed while firefighters were attacking the fire from within the house.  It is unlikely that the failure of the hose would have had any impact on the outcome of that fire, but it put the firefighters in greater jeopardy suddenly without water while attacking the fire.  This is the third incident involving this hose in New Plymouth and other stations have also reported incidents.  While some incidents were reported as a burst hose, others have been determined as the hose being cut after being dragged across glass.  The presence of glass is common in structural firefighting but we are yet to understand why the Flash Flood 500 Yellow 45 length fails more than other hose in those circumstances.

The lack of replacement hose is another example of the crisis of mismanagement in FENZ.

Last year a FENZ safety alert withdrew all Flashflood 500 hose from service due to reports of internal ferruled 70mm hose separating from the male coupling.  That issue was resolved.

NZPFU members are urged to report any equipment failure even if considered minor as early intervention can prevent injuries. 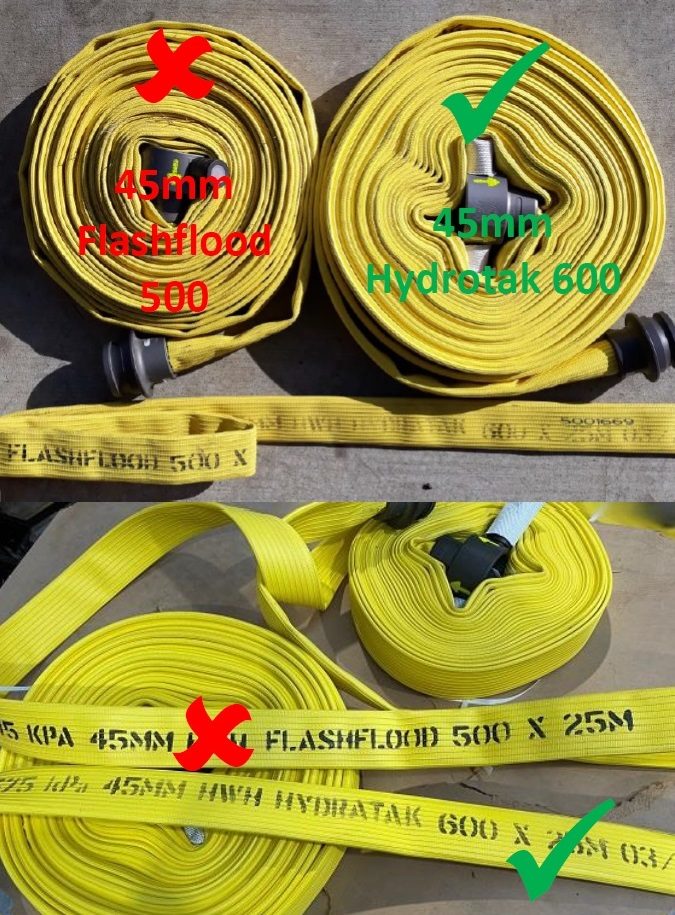