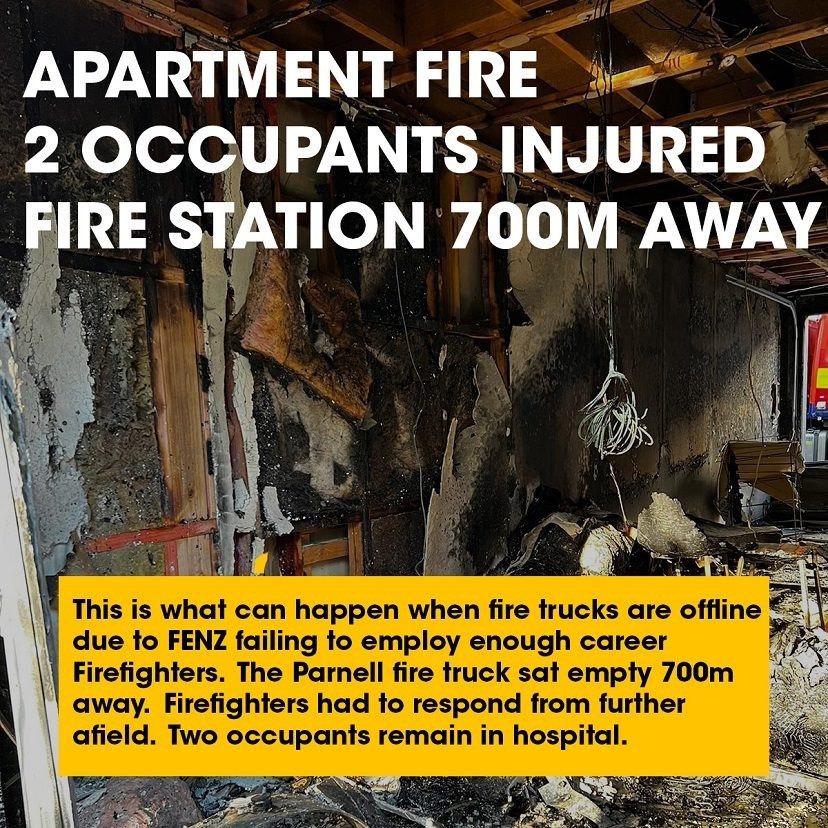 Posted 28 May under Breaking News

This is what can happen when fire trucks are offline due to FENZ failing to employ enough career firefighters.

Today the Parnell fire truck was offline due to FENZ not employing enough career firefighters. Two residents in a Parnell apartment building went to hospital by ambulance to be treated for burns after a fire broke out in the garage. The Parnell fire truck was off line due to lack of career firefighters. The Parnell aerial appliance was staffed and attended but the aerial does not carry water and only has two firefighters. Auckland City was the first fire truck with a crew and water on the scene and arrived to a well involved fire. Any further delays could have resulted in a disaster.

FENZ’s own promotional videos state fire doubles every minute. Career fire stations are strategically located to get to their response area in time to be able to contain the fire and perform rescue. FENZ is rolling the dice on community safety when stations close or trucks are offline due to FENZ’s failure to employ enough career firefighters.