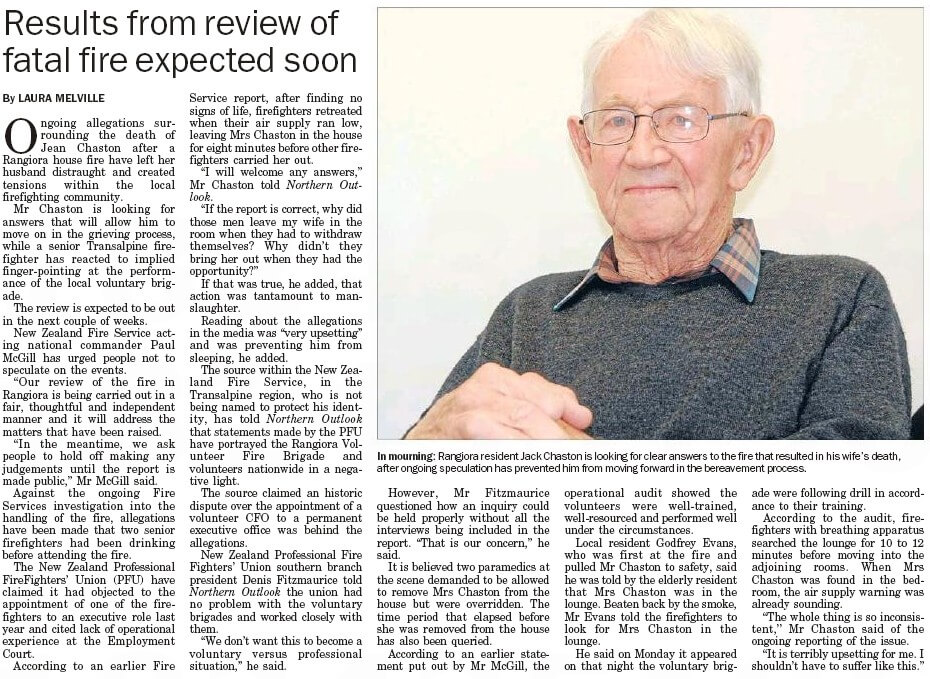 Members will be aware of the various inquiries into the events at a tragic fatal fire in Rangiora on 20th September 2009. The Union has referred to this in NTM No.40.

The Union is deeply concerned that on the night shift of 11 November, National Committee member and Southern Branch President, Denis Fitzmaurice was visited by Dan Coward and Steve Barclay, Area Manager, Christchurch and Mid Canterbury respectively.

Over the around one hour discussion these two managers in essence advised Denis:

Of course such crude and heavy handed attempts at intimidation do not and will not work.

At all levels, Union officials will retain the right and responsibility to comment publically on issues of concern or interest to members without fear or favour.

And – in no uncertain terms, Denis advised the managers of that simple fact.

The Union will pursue this incident as it has with previous examples of attempts to intimidate Union officials.

The Union has consequently demanded that the Chief Executive/National Commander take strong steps to ensure that managers have clear advice of elected Union officials’ freedom to represent their members without threats or intimidation.

Attached are further news reports relating to this matter: